My train journey to Portsmouth, was a bit of a mess. Halfway there the conductor informed us that there was a signal problem and the train would be ending at West Worthing. Huh? Where the hell is that and what do I do now? No worries- as usual, the lovely and helpful people of England were there to sort me out. The station guy let me know where to catch a bus headed in my direction and how to get to the bus stop (2 miles away- Argghh). So, on the hottest, sunniest day of the year, I prepared to walk- not so bad if it wasn’t for my stupid luggage. As I was about to set off, a lady and her daughter offered me a ride to the bus stop! Yay! Turns out she’s big into animal rights and she noticed I was wearing a T-shirt from Big Cat Rescue. Ta da!! I ended up on the right bus, miraculously caught another train down the line and made it to Portsmouth only 2 hours behind schedule.

When I arrived, my AirBnB host was nice enough to take me on a walking tour of the city. Since I was only in town for a short time I needed to make the most of my time, so after a full day of travel I set out on a 2 + mile hike of Portsmouth (yay!?). Finally I begged for mercy, food and beer, so we had dinner at the harbor and the sunset (at almost 10 pm) was beautiful. 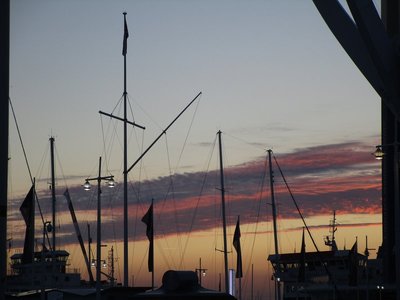 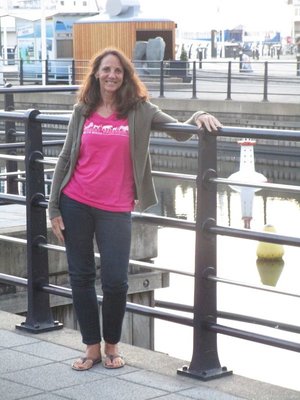 The next day I visited Fishbourne Roman Palace, the main reason I had come to this area. In the 1950’s a local farmer was digging a hole for a new water main and uncovered the ruins of a Roman palace built in the 1st century. There’s not much left except for some beautiful mosaic floors and the remains of the foundation, which they used to recreate the garden. There was also a small, but really good museum housing the various knick knacks found in Sussex over the years. I went on a tour with the curator and he was fascinating. One of my favorite things there was a stone hand tool from HALF A MILLION YEARS AGO!!! And I got to touch it! So very cool. 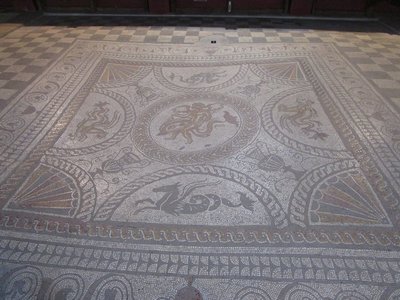 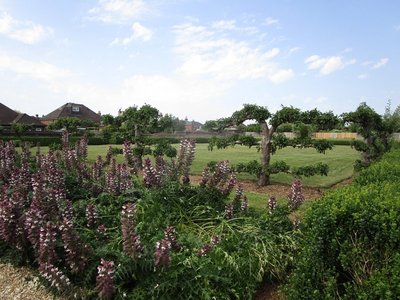 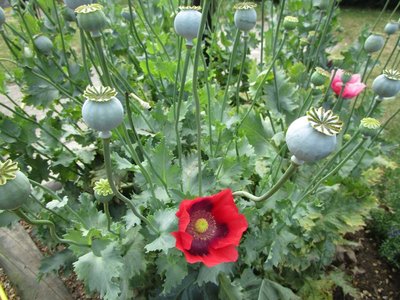 In the afternoon I headed to the Portsmouth Dockyards and saw the HMS Victory (Nelson’s flagship from the Battle of Trafalgar) and the excellent Mary Rose exhibition. This Tudor ship sank in Portsmouth Harbor during an engagement with the French (who else?) in 1545 as Henry the Eighth watched from Southsea Castle. The wreck was discovered by a local diver in the late 1960’s and was brought to the surface in 1982. It was fascinating to learn how the archaeologists, engineers and dive team excavated this wooden ship that had been buried in sea muck for almost 400 years. When I saw the reassembled ship at the museum it literally took my breath away. It’s 3 stories tall and there are walkways on every level so you can look into each section. Just amazing. Because it was in oxygen depleted mud, not only did the ship survive relatively intact, but so did the remains of the crew and all their personal belongings. It’s a slice of Tudor life which tells the story of the crew, including the Captain, cook, surgeon and even the ship dog, Hatch. Of the 400 or so on board only 34 survived because the antiboarding netting, designed to keep attackers out, essentially trapped sailors on the ship as it sank. The photo below isn't great, so go to Portsmouth and see it person! 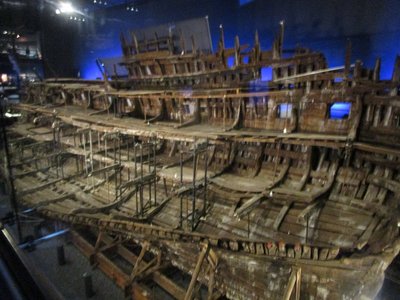 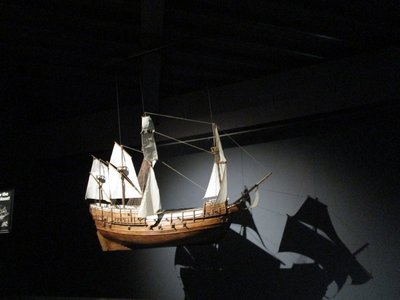 Ship figureheads from the Dockyard museum. Apollo (from HMS Apollo - Napoleonic Wars) and Eurydice (HMS Eurydice 1781) - this Greek nymph has a sad story so she's supposed to look pitiful, but to be honest, I'm not sure the woodcarver captured it. 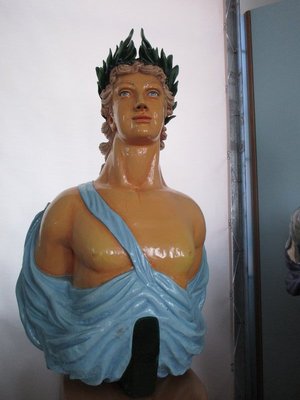 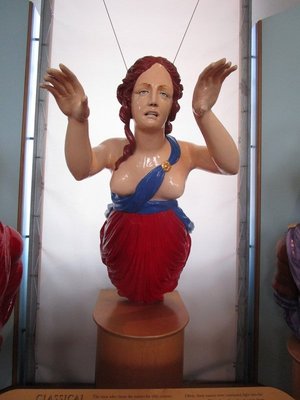 Next up- Gloucester, Tewkesbury and more history!!!